Religious and secular judges from South Partner Countries met for a training session on the best interests of the child (Sofia, 8-10 May 2018) 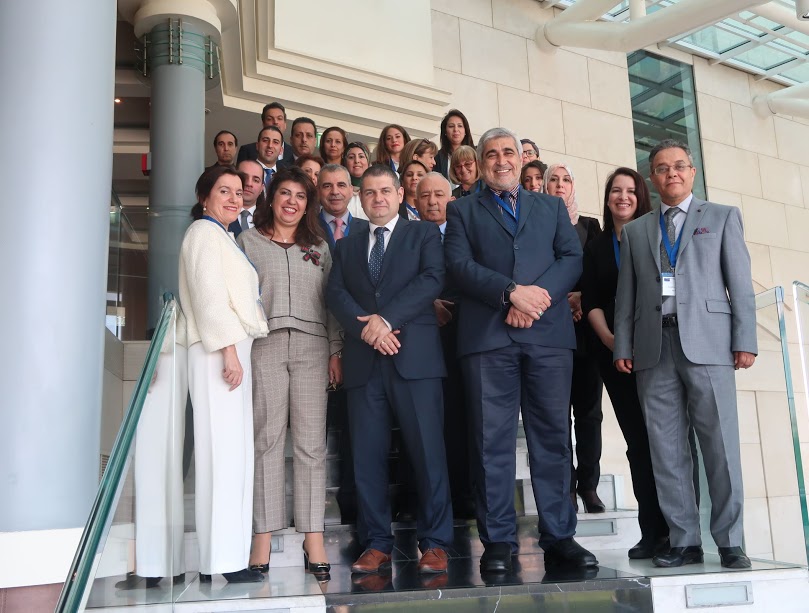 The members of the Working Group CHILD from 6 SPCs (Algeria, Israel, Jordan, Morocco, Palestine, and Tunisia) met in Sofia (Bulgaria) on the 8th-10th May of 2018 for a training session on the application by religious and secular judges of the international norms concerning the best interests of the child. The Bulgarian Deputy Minister of Justice, Mr. Stoyanov, and two representatives of the Bulgarian Ministry of Justice participated in the seminar.

This activity, organised under the auspices of the Bulgarian presidency, is part of EuroMed Justice’s efforts on the protection of the child best interests in the resolution of cross-border family conflicts. The Working Group Child had already met twice last year and a EuroMed Comparative Study on the application by religious and secular judges of the international norms concerning the best interests of the child has been drafted under this framework with the support of four short-term experts.

This training seminar was divided into two main sessions. The first one dealt with the international norms and jurisprudence on the best interests of the child and their concrete application to national cases. It generated useful discussions on the tensions between universalist and relativist tendencies that may arise and on the necessity to establish criteria on the best interests of the child at national level.

As for the second session, it aimed to disseminate the content of the EuroMed Comparative Study and therefore focused on the situation at national level. The legal and institutional framework of the 8 SPCs concerned relating to custody, visitation/contact rights, or cross-border abduction/wrongful removal by one parent were presented and widely discussed. It was also the occasion to benefit from best practices.

The participants praised the EuroMed Comparative Study and recommended to ensure its widest possible dissemination among justice professionals:

“The Comparative Study will be a very handy tool for jurists in general and for judges to assess the best interests of the child in particular”, one member of the Algerian delegation said.

Finally, the usefulness of the Hague children conventions was underlined as a means to facilitate the resolution of cross-border family conflicts.

Previous Pause Next
12 April 2019
Two years of achievements in the field of international judicial cooperation in criminal matters (9th CrimEx session, Bucharest, 9-11 April 2019)
29 March 2019
Representatives of Southern Partner Countries interacted with practitioners working at the Justice and Home Affairs European agencies, international justice institutions, and the Dutch Prosecution Service during a Euromed Justice study visit in the Hague
28 March 2019
Representatives of Lebanon, Jordan, and Egypt met in Beirut on the occasion of the EuroMed Justice regional workshop on Quality Legal Aid services for vulnerable populations in the MENA (27 March 2019)
08 March 2019
The SPC High Judicial Councils and Supreme Courts visited the CJEU and the ECtHR (5-7 March 2019)
01 February 2019
Prosecutors General from Europe and the Mediterranean committed to international judicial cooperation
26 November 2018
The 8th CrimEx discussed in Barcelona the foundation of the EuroMed Forum of Prosecutors General and the future of the CrimEx
25 October 2018
EuroMed Justice held its Training of Trainers activity on judicial cooperation in criminal matters
28 September 2018
EuroMed Justice Seminar on the Hague Children’s Conventions held in Tunisia on 25-27 September 2018
25 September 2018
The first TAF activity on The Hague Children's Conventions started today in Tunis
30 July 2018
EuroMed justice meets in Ljubljana for the finalisation of the EuroMed Regional Study on Legal Aid (17-19 July 2018)
22 June 2018
7th CrimEx session: Key first step in preparing the EuroMed Justice training process in international judicial cooperation in criminal matters (Luxembourg, 20-21 June 2018)
19 June 2018
EuroMed Justice CrimEx experts' interactive session with the Court of Justice of the EU (Luxembourg, 19 June 2018)
11 May 2018
Religious and secular judges from South Partner Countries met for a training session on the best interests of the child (Sofia, 8-10 May 2018)
07 May 2018
First EuroMed Conference on Digital Evidence held in Lisbon, 23-25 April 2018
27 April 2018
The Minister of Justice of Portugal opens the 6th CrimEx session (Lisbon, 26 April 2018)
07 March 2018
Second Conference of EuroMed Justice (Brussels, 28 February 2018)
12 February 2018
The Second Conference of the EuroMed Justice IV will take place in Brussels, on February 28th 2018
25 January 2018
Historic declaration of cooperation between Prosecutors General from European and Mediterranean countries on international judicial matters (Madrid, 23 January 2018)
11 December 2017
Historic participation of CrimEx members in EJN Plenary meeting in Tallinn (21-23 November 2017)
15 November 2017
An important milestone is met as CrimEx members finalise the CrimEx documents in Paris (24-26 October 2017)
09 November 2017
EuroMed justice lays the foundations for its future Regional Study on Legal Aid (Luxembourg, 2-5 October 2017)
02 November 2017
Our next CrimEx session will take place in Tallinn on 21-23 November 2017
02 November 2017
The 1st study visit and seminar on ‘Capacity-building of the High Judicial Councils’ took place in Madrid on 18-21 September 2017
28 September 2017
The first seminar under Legal Aid will take place in Luxembourg on 2-5 October 2017
18 September 2017
Our first study visit on 'Capacity-building of the High Judicial Councils' started in Madrid today
27 July 2017
1st session of the Working Group CHILD on the application by National Religious and Civil judges of International norms concerning the Best interests of the Child
27 July 2017
The first study visit and seminar under High Judicial Councils will take place in Madrid on 18-21 September 2017